The art of Pierre Petit is one of telescoping. The memories, the vestiges, the images recompose in its production with a lightness and a tenderness which contrasts with the medium transposing them. A stanza by Raymond Queneau already seemed to have transcribed Petit’s creative process: “The garbage cans that yawn in the midday sun, all full of good things to gather for him who knows”.

More than focusing on the aesthetics of the precarious, his interest veers towards the question of durability, relative durability of our modern production but also of symbols. The subjects he chooses are “metamorphoses, displacements, transformations and are assembled like a game that enters into dialogue in an exchange of questions and answers” ​​he likes to recall.

It is a narration by the object that Pierre Petit chooses, as if his works transcribed prose. Like the poet, the visual artist applies a dreamlike prism distorting the materiality of details surrounding it, and this for places in Paris in Les Icônes, psychotropic drugs in Morphorail or porcelain tank tops in Les Anonymes.

These tangible forms are all for Pierre Petit “proximity identifiers”, parasitized by their relationship to their designer, man. The goal of the artist then takes shape: “to restore an identity to the object”. What does not matter, what is forgotten by the daily, then wants to be magnified, losing its primary meaning to leave only one mystery initiated by its re-contextualization: thus for Petit, “the identifiable becomes a riddle”.

Through Les Anonymes notably, colored porcelain tank tops enclosed in a metal display, the themes of reproduction and collection are initiated in the corpus of Pierre Petit.

These transcriptions of the ceramic garment are then detached from their primary meaning: “this collection is considered as a set of things and not of objects, that is to say that I do not name a reality”. The passage to the work deforms the object serving as inspiration, and becomes an idea, a philosophical concept, which the observer reconstructs. The plural object – impersonal, and sanitized – which Pierre Petit transcribed is then invested with a new understanding, a restored identity.

The Icons, watercolors distorting key places in Paris, is a “political” diptych, at the sense of understanding of the world, of “the city”, the Greek “polis”. The viewer, at this regard, he knows this world, must face the work, and even becomes one for Petit le “co-author” in his reading.

Morphorail, another watercolor series, is surprisingly more dreamlike, lighter despite addiction symbols. “I maintain the gap between reality and dream, the reasonable and the unreasonable. » The white of the leaf becomes snow, medicines and mushrooms exalted decorative elements.

The systems then oppose each other to build a flexible poetry, recomposed and stripped of its natural, physical, material functions. 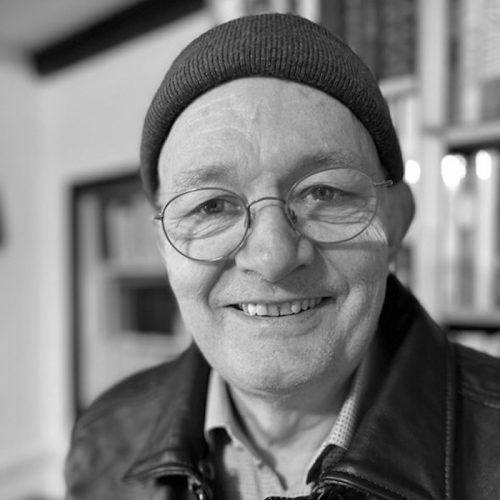