Alice Quaresma is a brazilian artist who lives and works in New York, where she moved in 2003, leaving her hometown, Rio de Janeiro. By using her own photographs in which she puts geometrical painted or drawn shapes, she revisits this medium by offering new ways of understanding it. Her work gives an emotional and sensitive reading while guiding the spectator’s eye, and they offer a strong link with her personal history. The transfer of the viewer’s attention towards painting and color allow one to enter a singular imagery, away from any rational space. This very space is open to a playful spectrum in which scenes from the past are made into landscapes of the future, through color in particular. Assemblages of photographic fragments issued from her archives allow her to create a utopian and imaginary space, out of any reality. The place, rooted in Alice Quaresma’s memory, remains unknown to the viewer , and is both abstract and tangible. The exploration of memories’s subjectivity is very important for the artist, and runs like a red thread in her work.

The softness of light, the colored contrast and the combination of black and white and color photographs create a delicate area, whose presence is made perceptible thanks to the acrylic painted shapes. In this series, Alice Quaresma did not only choose to reinvest her own memories, but she also made the choice to explore painting’s materiality. Thanks to a subtle game of colored layering with various thickness, she materializes a concrete and tangible space. She plays with the contrast between abstract geometrical shapes and the hyperrealism of photography, but also between the textures touch of the brush and the image’s grain.

The vibrant color combinations take the reader into a very different place than the one in which the picture was taken, and transport him towards the artist’s own universe. By playing with geometry, she creates a physical and visual engagement. This creative process is strongly linked to the neo-concrete brazilian movement. Created in 1950 by Lygia Clark and Hélio Oiticica among others, Neo-Concrete seeks to question the feelings produced by a corporal engagement with the artworks, through the use of abstract shapes and subjective colors, vehicles of one’s imagination. As a brazilian woman artist, Alice Quaresma is greatly inspired by this movement, and reuses its principles in order to combine painting and photography, two media that she truly understands.

The use of various shapes also allow her to make fun of the descriptive function of photography by hiding or revealing various elements, and thus to explore the complex relationship between what we see, what we feel and what we have to imagine. It is also this process that allows the viewer to truly interact with the artwork, as he is eventually the creator of its meaning. Alice Quaresma explored numerous media, but photography particularly touched her, as it allows her to rebuild her identity, by linking her work to her personal memories and her life. Her work, combining photography, painting and drawing, make it possible for her to convey her memories as emotions rather than as an episode of a linear chronological timeline.

Khalil Gibran wrote “Art is a step from nature towards infinite”, and Alice Quaresma’s work can be seen as a vector of this infinite mentioned by the lebanese poet, and evoke a wild nature. 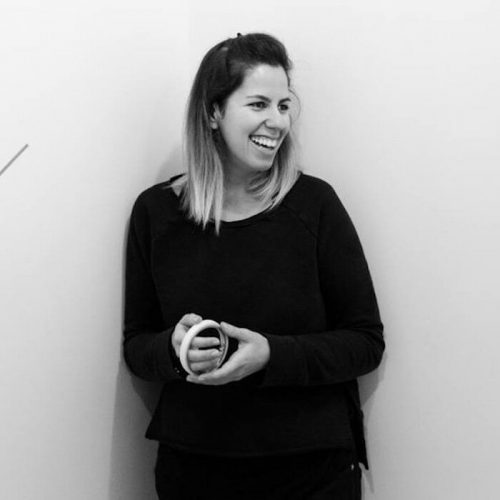